This story is almost too bad to be true. But it is true!

SHORT STORY: Justin & Alexis hired a number of vendors to provide products and services for their soon-to-be wedding. Among the vendors was Copper Stallion Media, hired to do video. Tragically, Justin’s fiancee was killed in a car crash. All of the other vendors expressed sympathy, canceled their contract and returned their deposits. NOT COPPER STALLION! Owner, Jessie John Francis Clark said they have a strict “No Refund” policy.

What happened next was nothing short of deplorable and disgusting.

Just was understandingly upset and posted a negative review about Copper Stallion. And what did Clark do next? He created a special website (https://www.justinmontneywedding.com/) just to poke fun and spread rumors about Justin. He also posted this harsh message on social media:

Can you believe this? Needless to say, you should avoid doing business with this jerk at all costs! He has refused to comment on this other than his insulting online rants. 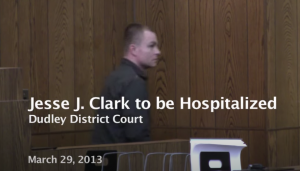 By the way, this is not the first time he has had a run-in with consumers. He once was sentenced to a stay in a mental hospital because he had so many complaints, the judge thought he needed help!