ATTENTION: Make sure to see an important update at the end of this article.

What Jim Johnson, owner of Jim’s Renovation did to a Highlands Ranch family is unforgivable! In my opinion, this man should be in jail. He is truly dangerous. See what you think about the situation!  He would have subjected two young children to a life of assured health risk with probably fatal consequences!

Think about this!  You hire Jim Johnson (A.K.A. Jim’s Renovation) to remove an asbestos ceiling from your kitchen prior to a remodel. He enters the home on a Friday morning, then calls the family on Friday afternoon to tell them it is safe for them to return home!

That’s what happened to the Highlands Ranch Family who called us for help. 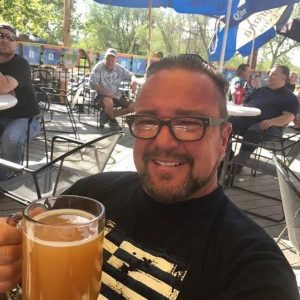 HERE IS WHAT IS SO EGREGIOUS ABOUT THIS SITUATION! He was told it was Asbestos and according to the homeowners, he claimed he would remove it correctly. 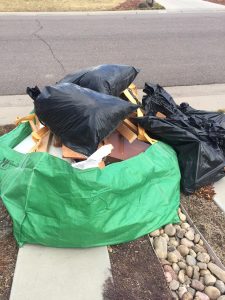 Johnson left bags of asbestos outside in the “bagster” before he took them away.

Instead, he scraped the asbestos onto the floor, collected it in ordinary trash bags and put it in a portable dumpster outside the house – endangering himself, workers, the family and the public.

After Johnson told the family it was safe to return, the housewife took her her two young children home for a nap. But when she saw dust and debris floating in the air, she became curious and concerned. She immediately removed the kids and called an environmental engineer to test the air inside the home. 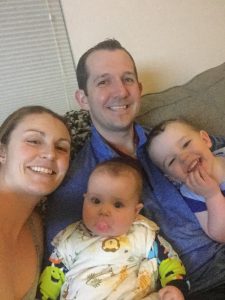 As it turns out her house was contaminated so badly that the engineer said he had never seen a reading this high! The house was condemned for occupancy until it is cleaned up. FOR THOSE WHO ARE TECHNICALLY MINDED, YOU CAN SEE ONE REPORT HERE. AND ANOTHER ONE HERE.

The cleanup will cost around $30,000 plus she must replace ALL of her personal property and furniture that was contaminated. SHE ONLY FOUND THIS OUT AFTER HER CHILDREN HAD SPENT HOURS IN THE HOME!  AND IT’S ALL BECAUSE JOHNSON DID NOT DO THE RIGHT THING!

When we called Johnson to investigate, he cussed us out and hung up so WE ARE GOING TO WAR! We have since gone to war. We are initiating legal action – both civil and criminal (it is an environmental crime).

By the way … to properly remove asbestos, hours and hours of preparation must be made, plus reams of paperwork and a permit. The house and area must be isolated. Ventilation of the particles must be contained. The entire surface must be soaked in a special solution and works must wear protective gear. Disposal of asbestos is also tightly controlled. However, we have no idea how and where Johnson disposed of the dangerous, toxic material. The last time the homeowners saw the stuff, it was in an open dumpster!

This guy was going to let this young family live there, exposed to toxic air that would almost assuredly cause serious (if not fatal) health conditions.

Do you think Jim’s Renovation should get away with this? Should he continue in business? He has an arrogant attitude and somehow feels he is above the law!