Josie Roase (pronounced “Rose”) is a fake.  If you read her website … she’ll tell you she is:  “… a medium, mystic, and energy medicine facilitator.” She further claims:  “I live life as an exciting spiritual adventure with afterlife communications and healing to share!”  BEWARE!  If you deal with Jiving Josie you may end up like Grayce, who called my radio show for help.  Several years ago Grayce consulted Fake Psychic Josie Roase to get advice on life.  But instead of solid advice, Grayce got fleeced out of $65,000!  According to Grayce, the fake medium told her to invest money with Benjamin Fetzer.  She followed Roase’s advice and got ripped off.  Fetzer basically stole the money. 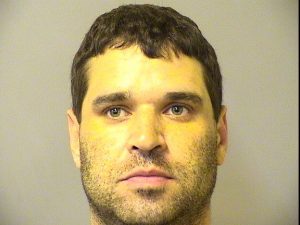 NOW HERE’S THE RUB … Fetzer is the phony psychic’s son … something she never mentioned in her “psychic reading”!  And documents show Roasie had access to her son’s bank account where the money was deposited.  Mmmmmmm.  Sounds like the ultimate scam to me.

HERE’S THE REST OF THE STORY …

Grayce reported Fetzer to authorities and he was arrested and charged with felony theft and fraud September 6, 2012.  After being released on bond in Colorado he traveled to Illinois where he was arrested again in October, 2012 and was extradited to Colorado.  He pleaded guilty to the charges and was released under the condition he pay restitution.  But Fetzer fled Colorado again and remained a fugitive for nearly 2 years.  He was once again arrested in the Chicago area and sent back to Colorado.  In June of 2015 he was sentenced to 6-years in prison and has since been released to a halfway house.  According to Grayce, Fetzer has not paid any restitution since his release.

BOTTOM LINE:  WATCH OUT FOR THIS GUY AND HIS MOM … JOSIE ROASIE.