Gross Dick Gross, owner of Mark Lloyd Furs is a prime example of how NOT to run a business!  I base this not just on this most recent case, but in the many complaints I’ve had over my many years in Denver.  Here’s the latest … Gayle routinely stored her four fur coats at Mark Lloyd’s Furs and paid toward the end of each year when she took them out to wear for the winter.   But at the end of 2014, she got busy and did not pick them up until early January, 2015 (a few days after the first).  Much to her surprise, she was told by Richard Gross that she’d have to pay storage for the entire year of 2015!  See original story.

Gayle was willing to pay for January and even all of February but Gross Dick would not budge. That’s when she called the my radio show for help. Troubleshooter Show .

On top of the storage fees, Gross also imposed default interest and penalties bringing her total bill to more than $1,400!  And he said he won’t release the coats unless he gets cash or the check clears! 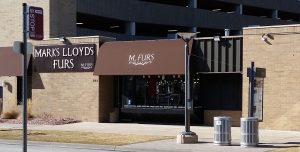 To put an end to this nightmare we enlisted one of our ReferralList attorneys to bring a lawsuit.  We were about to file the suit when Gross Dick decided to negotiate through his attorney.  AND GET THIS … the settlement was for the amount that was the consumer was willing to pay to begin with!  But instead of being reasonable, owner Richard Gross, destroyed his relationship with a long-term customer and spent tons of money on an attorney.