Is this cheating?  We think so. A woman called my radio show after paying Stephan Klein, of Common Good IT,

to do a logo and build a website for her.  Soon after getting the logo she discovered that the basic image came from generic clip art.  Take a look:

The logo on the left is the one he designed for Michele (who called me for help).  She paid $3,750 up front for this and some other web related services.

However when she discovered the free clip art in her logo, she got angry and wanted to cancel the whole contract.  Can you blame her?  Take a look at it below. 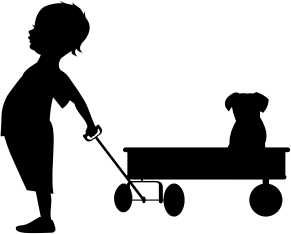 The image to the right is offered on the internet FREE to anyone at this  website:  openclipart.org.

When Michelle complained, low-life Klein said he was firing her as a client because she is too difficult to work with!

According to Klein he deserves the payment because he says he put in 21 hours on the project.

After we told Klein we were going on the air, he changed his tune.  He said he would keep only $500.  Michele took it.

My question to you:  Do you want this scum bag designing your stuff?